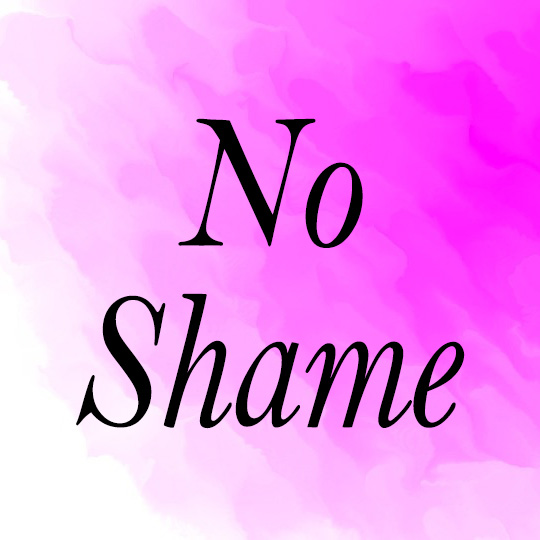 I’ve known since my first sleepover.

It was just me and two other girls: the birthday girl and the best friend that we shared. We decided to play truth or dare, not knowing that it would lead to something more. At first, we just dared one another to kiss the other girl. Then, slowly, we began to dare one another to grope, and then to grind. But we were just “practicing” for future boyfriends — there was nothing serious about the interaction. We all came from god-fearing households — sort of — so we knew this type of thing would be frowned upon if we were found out.

Fueled by our shared sense of rebellion, truth or dare quickly degraded into dry humping and “practice” kissing. We took turns, but I quite obviously favored my friend with the larger breasts: she had developed earlier than the rest of the girls our age. Not only did she seem more coordinated, there was something more pleasant about the softness of her breasts, the specific warmth of her lips, and the precise movement of her hips.

But I was told that it was wrong. Girls don’t like girls. I remember watching countless movies and television shows in which female breasts appeared and then immediately feeling ashamed at that feeling between my legs. Any time it happened in front of a family member, I would look away as though being modest, but really, I didn’t want them to see my face turn bright red.

Not only that, but I was supposed to be a good Christian girl, though I never really learned what that meant. If I pretended to be asleep long enough, we never made it to church on Sundays because no one was particularly motivated to go anyways. Yet, anytime we would make a mistake — or if an adult heard an unsavory word on the radio while us kids were in the car — we were lectured about the difference between right and wrong and told that we needed to be careful to not become sexual deviants. This, coming from my aunt who gave birth to her first child at the age of 15.

Later, when I moved in with my mom and stepdad (a long story that has no place in this particular article), I heard a constant string of hate speech about “dirty Mexicans”, “faggots”, and other — surprisingly more distasteful — slander. My stepdad’s Roman Catholic upbringing had taught him all he needed to know about life and anyone outside of his belief system was a sinner. His beliefs, no matter how much I disagreed, sunk into my already  body-shame-filled-mind, and I continued to ignore my attraction to girls.

It wasn’t until I started graduate school in 2014 that I realized I was bisexual. After a few polite conversations with the only lesbian in our group, I mustered up the courage to ask about her coming out story. Having already been so forthcoming about her sexuality during our first class, I figured she might be willing to share.

As she described the first time that she knew — kindergarten — my mind wandered back to that night I spent playing truth or dare with my two friends. She talked about how it just felt differently than when she had kissed boys. She said she knew because it just felt right and that girls were always pretty. But not in the way that you admire a flower, but more the way that you’re floored by a sunset or your first visit to the ocean. You admire it. You want to study it, learn more about it. She said girls made her feel that way, and I realized: they made me feel that way too. But so did boys. In fact, in 2011, I married a man.

When she finished talking, I surprised even myself when I told her that I was bi. I hadn’t even told my husband yet, but I lied and said that he was very open-minded and accepting of my sexuality. Inside my head, I started freaking out. I had no idea if he would be okay with it; I was barely okay with it. All my life up to that point, I had made jokes about how vaginas are disgusting, not wanting to think about them too much. I said bisexual girls were just selfish, being jealous that they could be comfortable with themselves, or I was afraid that a girl friend came out to me as gay or bi: thinking she might like me, and I worried that her attraction might risk my heterosexual status.

This was fourteen years after my friend’s sleepover, and I honestly do not know why it took so long for me to figure it out. Just thinking about that night gets me all hot and bothered. To be specific (and to avoid controversy) it’s the memory of the feeling, not the memory of our eleven-year-old selves, that brings back that familiar sensation.

When I eventually told my husband — I think a few days after I came home from the school trip -— I explained what had happened. I reassured him that I still loved him, and still liked guys, but could understand if he was nervous about what I had confessed. I explained that I kind of always knew, but always dismissed it as an appreciation — instead of attraction — of other women’s bodies. I told him about my friend’s coming out story, and what had come to mind when she shared her story. I also told him that I was scared, because I didn’t know what it would mean to come out as bisexual while married to a man (P.S. – it means nothing other than having a new grasp on one’s own sexual identity). But I told him that it was important for me to tell him, because he is — and always will be — my best friend. We cried together, scared and unsure of what would happen to our marriage, not knowing if never exploring relationships with girls and some overpowering, bisexual and hedonistic urge would lead me to stray from my wonderful, monogamous relationship (P.P.S. – nothing happened, except now we occasionally check out cute butts together and gossip about our girl crushes).

Since then, I’ve thought about the possibility that maybe I’m pansexual. But honestly, I don’t really know! What I do know is that I’ve only fallen madly in love with two people: one a girl, the other a boy (my now husband, in case you haven’t been following along). And when it comes to sex: sometimes I’m more turned on by girls, and sometimes I’m more turned on by guys. Other times, I naughtily think about them both at the same time [cue gasps]. All in all, I’m comfortable with identifying as bisexual. In fact, I claim it proudly! In June 2016, I marched in Seattle’s pride parade for the first time, and I loved it!

As for my spirituality, I’ve grown up around so many faiths that I have no idea what to believe. Most of the religions I’ve been exposed to preached shame about my body, and that held me captive for so many years. I’m still figuring out what I believe in — sure — but at least now I know that I’m bisexual. That realization alone has granted me enough spiritual freedom to last my soul’s entire existence.

Stephani is a self-confessed weirdo who writes about her adventure through the struggles of mental health, sexuality, and trying to never grow up. In her free time, Stephani plays way too much Overwatch, wrestles with her dog Juno, avoids her cat’s claws as she forgets that cats don’t like to wrestle, and has long – probably way too drawn out – conversations with the other person that lives in her apartment. Some call him her husband, but she has decided whether or not to keep him, so she just calls him: “that guy that lives in my apartment with me.” Her favorite color is purple, she’s bi, and also hates small talk (read: writing bios about herself).

If you want to know more about her “exciting” life, and you’re not yet offended by the “F” word (no, it’s not “fart”), you can read more of her TMI stories at stephaniwilkes.com.