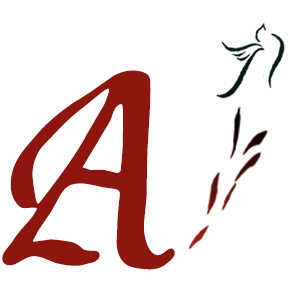 I often wonder what percentage of people sitting in a service on a Sunday morning question whether they are truly accepted there. Even in progressive churches dedicated to being “welcoming and inclusive,” where we find gay couples and their kids or other versions of “nontraditional” families. Even in congregations with a mix of races, ages, and economic statuses. I can’t help but believe that I’m not the only person who often wonders if she belongs.

I felt this strongly when I was questioning my identity as an Evangelical, which I eventually gave up. I also felt this very strongly when I started dating a man with an eleven-year-old daughter. When everyone else my age in that particular congregation was making babies of their own or were focused on getting married, we were . . . just living. He didn’t want any other kids and marriage wasn’t a realistic option at the time. I felt out of place among the late-twenty somethings.

At different times in various churches or spiritually-oriented groups, I have felt:

At times, it’s been my own insecurities that’s made me question my place in a community, and at other times I believe the community actually was judgmental or unwelcoming. But I’m not trying to point fingers. Instead, I want to consider an ideal.

The more strongly I identify as queer, the more queerness becomes a central value in my worldview. I intentionally expand its usage from a gender or sexual orientation and instead think of queerness simply as rejecting norms. I want to be a part of communities that practice embracing this kind of queerness. In a community in which there are no norms, there are no black sheep.

Rejecting norms is not the same thing as rejecting a moral code. We should hold each other accountable to ethics like consent, protecting the vulnerable and the marginalized, and valuing humility. By norms, I mean standards of identities and relationships. The idea that being married is better than being single, or that a typical family involves a mom, dad, and a couple of kids, or that a typical person is middle class cis White heterosexual college-educated able-bodied native English speaking, and so on.

I believe that the Creator of such a diverse world celebrates difference. I believe the primary virtue Jesus was living out was the acceptance and unconditional love of all people. Jesus’s countless examples of love—the woman at the well, the Good Samaritan, the lepers, bleeding women, Romans, tax collectors—are examples of love outside the norm, therefore queer love.

The title of my blog, Church of the Scarlet Letter, came to me years ago when I started thinking about how others, like me, have felt isolated because of choices they’ve made or aspects of their identity.  Many of us have experienced the loneliness and exile reflected in Hawthorne’s novel. When I confided in a friend days after I first kissed a woman, her only response was to ask how I could justify it. I remember thinking, I’m in this alone—how to bridge my feelings for women with my faith. But I wasn’t alone. I found other scarlet Christians and Jews and spiritual searchers. In countless one-on-one conversations, I have listened to stories of someone leaving a church or synagogue or giving up prayer after they came out, decided to transition, or got pregnant outside of marriage.

The scarlet letter is a symbol of the kind of judgement that Jesus would be against, and I wanted to redeem it by forming community around it. Church of the Scarlet Letter became this vision in my head of taking hurt hearts and giving them a safe place to heal, to find community, and to pursue God together.

Safe spaces are a common theme in queer (GLBTQ) conversations. Right after Trans Awareness Day, I went to a queer dance party, and the organizer stopped the DJ to say a few words. They asked for a moment of silence for all the people who we’ve lost that year because of transphobia. They told us they were grateful for Chances Dances because it offered a safe place to be out. I looked around at all the nodding faces who I knew were so often not safe, and I was grateful too: grateful to have a place that felt like a church.

It reminded me of yet another queer event I’d been to a few months before—a variety show that focused on artists that were queer-identified and disabled. Several of the artists spoke about needing to be accountable to each other, providing safe spaces and emotional support, having each other’s backs. I had the same thought then—this is church.

I don’t mean a church service. I mean some of the things a church should do: foster intentional community, act like a family, embrace individuals with unconditional love and protect them.That is how we create safe spaces. A safe space is both a place to heal and a place to find acceptance.

As I thought more about what my ideal Christian community looks like, here are some things that came to mind. A community should:

A church is more than just a community, it’s a place where we connect to God and act out God’s justice. This is what separates it from other secular communities. So I’m left wondering what other pieces of an ideal church are? What else should a scarlet church value? And how can I foster such a community?

Jera is the author of scarletchurch.com, affectionately known as Church of the Scarlet Letter. She is also the editor of this blog, Sacred and Subversive.